Buy your decaffeinated Espresso as whole beans or ground coffee. Decaffeinated Espresso is a pleasant experience with full flavor and an impressive crema. Many different methods, unique styles for each coffee company, which give rise to numerous results. Each roaster has his own personal decaffeinated coffee, characterised by many more or less unique qualities. As mentioned below, there are several anecdotes about decaffeinated coffee: from the dislike shown on several occasions by Hollywood movie star Robin Williams or buy the people who like coffee but not the effect of caffeine. Read more about how to make decaf coffee beans below. 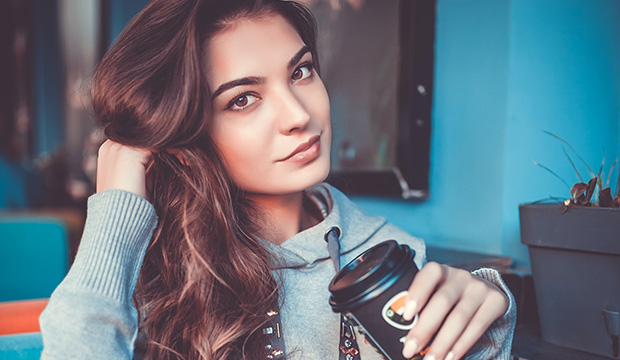 Filter
Close filters
1 From 2
No results were found for the filter!
10826

5-7 Workdays Extended delivery time
Please note that if you purchase this item, you should expect a longer delivery time for your entire order. We cannot ship other items in your order, that are in stock, ahead of time. Article No. 1545

"Decaffeinated, because taste doesn't need caffeine". A short and concise slogan to give everyone an unambiguous definition of the pleasures of real decaffeinated coffee. This is how HAG, the famous and renowned German brand and coffee connoisseur, presented its decaffeinated products to the general public in a famous advertisement from the 1990s. A story that has been handed down for more than a century and that has allowed even the caffeine-intolerant public to enjoy the intense, fragrant flavors of coffee without having to deal with the physical problems involved, while keeping the taste and aroma intact. A small cup of decaffeinated coffee encapsulates many turbulent years of research, sacrifices and discoveries that have written indelible pages of human history.

Before delving into the origins, techniques and anecdotes - here's what decaffeinated coffee is. It is a drink from which one of its main components, caffeine, has been removed (almost completely, since small traces of it remain). Caffeine is a substance naturally present in coffee beans that has a strong stimulating and exciting effect on the nervous system of all those who consume it. This is why it is not recommended for those who suffer from insomnia or who have heart and blood pressure problems, and why the rest of us are always advised not to abuse it.

Although coffee has been around in Europe and the western world in general since the middle of the last millennium, caffeine is a much more recent discovery. And its revelation is closely linked to a flower, in this case the belladonna. The molecule was in fact isolated around two centuries ago, in 1819, thanks to the studies of the doctor and chemist Ferdinand Runge, following a discussion with one of the most famous writers, playwrights and poets of the time, Wolfgang Goethe. Also a keen chemist, he persuaded Runge to carry out the same analysis on belladonna as on coffee, leading the world to understand its hitherto unknown secrets and qualities.

The birthplace of decaffeinated coffee is Germany, specifically Bremen, the birthplace of Ludwig Roselius, coffee merchant and founder of Kaffee HAG. It was he who patented the first decaffeination system for the famous drink. And it all started by chance, at least according to one of the many legends. In 1905, a shipment of coffee accidentally fell into the sea. The salt water caused the beans to lose most of their intrinsic caffeine content, but they retained their flavour, leading Roselius to invent decaffeinated coffee. According to another source in the book 100 Years of Kaffee HAG, the German trader linked his father's death to his excessive caffeine intake and therefore scientifically invented the decaffeinated coffee formula, with the aim of saving other people from this 'addiction'.

Water and CO₂, the many different decaffeination processes

The first process was patented the following year and involved steaming coffee beans with various acids, then using benzene as a solvent to remove the caffeine. Coffee decaffeinated in this way, known as the 'Roselius process', was then sold as Kaffee HAG, from the name of the company Kaffee Handels-Aktien-Gesellschaft (Joint Stock Company in Commerce), in most of Europe, giving rise to the famous company still active in the market today.

From the Roselius method, other processes have developed over time to produce excellent decaffeinated coffee. These range from soaking the beans in hot water for hours before removing them and treating the water with certain solvents to permanently extract the caffeine, to the 'Swiss Water' process. The latter involves the exclusive use of water, completely eliminating solvents. Developed in the 1930s, it only came onto the market in the 1980s.

According to this technique, the beans are immersed in hot water while they are still green, then passed through an active carbon filter to remove the caffeine molecules. By osmosis, the caffeine migrates from the beans into the otherwise saturated water. Repeating this process several times results in an almost completely decaffeinated coffee. However, this process is falling into disuse due to the excessive consumption of energy and water, but it remains one of the most effective and respectful of coffee, as it does not affect its natural composition.

Water decaffeination, or the Swiss method, is still used by large companies such as Illy, Martella and Sant'Eustachio.

Alongside this method, there is a parallel process used by large companies including the Italian companies Kimbo and Lavazza, as well as Mokaflor, Nannini and Schreyögg. This is a decaffeination technique using CO₂, or carbon dioxide. Developed by German chemist Kurt Zosel, it involves pressurising the CO₂ above its critical point to allow the extraction of caffeine. Although this is a chemical process, it has the great advantage that the caffeine is not wasted and can be recovered and reused.

However, decaffeination processes may be short-lived, as trials have been underway since 2009 to cultivate plants that are already caffeine-free. These hopes are supported by the discovery of the Coffea charrieriana plant in Cameroon, which is naturally caffeine-free. Its cross-breeding with other natural plants could allow the emergence of decaffeinated coffee without the need for chemical or time-consuming processes.

At breakfast or as a dessert, the many "light" benefits

Decaffeinated coffee has always been a great favourite with many people. Excellent at breakfast, perhaps accompanied by a good cake, or in the afternoon, paired with one of the delicious French macaroons. There are even those who, as HAG advises on its official website, prefer it with a savoury pizza. A matter of taste, as always. The important thing is to savour the delicious aroma of coffee. Even decaffeinated, because the substance remains the same.

Not only tastes and physical needs, but also the emergence of new opportunities. How many people would be forced to give up a good cup of coffee in the evening without decaffeinated coffee, because they are unable to sleep through the night? Decaffeinated coffee, thanks to its caffeine-free consistency, comes to everyone's rescue. It has the same virtues, the same advantages as regular espresso, but it also brings with it other features that are less visible to the untrained eye, but which can benefit everyone. Drink to believe.