The Fair Trade Company. Fair trade has been the core of the GEPA philosophy for more than 38 years and the company has been a pioneer of implementing that concept. The new bar line Cafe Si is of barista quality and will impress even the most demanding espresso drinkers. Cafe Si has significantly raised the bar for gourmet espresso in the organic and fair trade segment. Read more ↓ 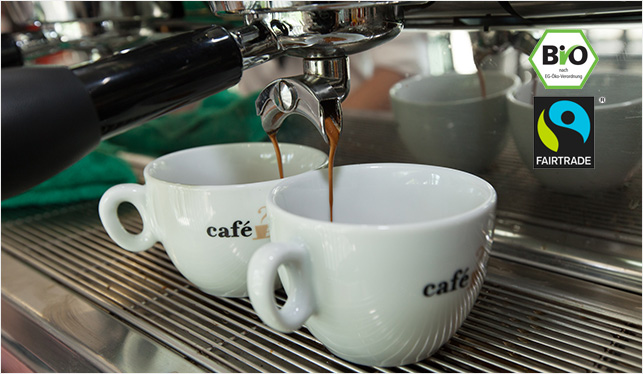 Filter
Close filters
No results were found for the filter!
1656

GEPA is the largest European importer of fair trade food and handicraft products from the southern countries of the world.

For over 35 years, fair trade has been at the core of the company's philosophy.

All profits are reinvested in fair trade. Coffee was the first fair trade product in the 1970s. After petroleum, coffee accounts for the largest share of world trade and thus affects the lives and environment of millions of people around the equator.